As many of you will know Conway Stewart assigned the name “Scribe” to three pens and a pencil.  There was the Scribe 330, the 1930s work-horse, a chased hard rubber pen which doesn’t fetch much on the market nowadays unless it’s in exceptional condition.  Then there is the 333, a quite similar pen and finally there is the 336 which comes in a wild array of colours, some of which are quite uncommon and go for high prices nowadays.  It was presented as something a little special when it was new, coming in a box of its own which is quite unlike any of the other Conway Stewart boxes.

This one is in the “green with black veins” pattern.  It has never been used and still has its original sales sticker.  It measures 12.5 cm capped and is quite a slender pen.  It has a shallow domed top to the cap and the clip bears a diamond shield with the entwined Conway Stewart initials.  The trim is chrome plated.  I assume that this pen, like the rest of the range, is casein, hence the strong, intense colours.

It’s easy enough to discern what the target market was for the Scribe 330 – it was doubtless bought in quantity for use in offices.  Apart from the engine chasing it was about as plain pen as you can get but it was sturdy and reliable.  The Scribe 336 is quite another matter.  With these bright patterns, many of which are unique to this model and appear no where else in Conway Stewart’s output, it seems to be targeted at another group.  A bright, inexpensive pen, it was perhaps intended as a school pen.  Regardless of its original intended use we are very fortunate to have such a collectable pen, some of which are available in moderate numbers. 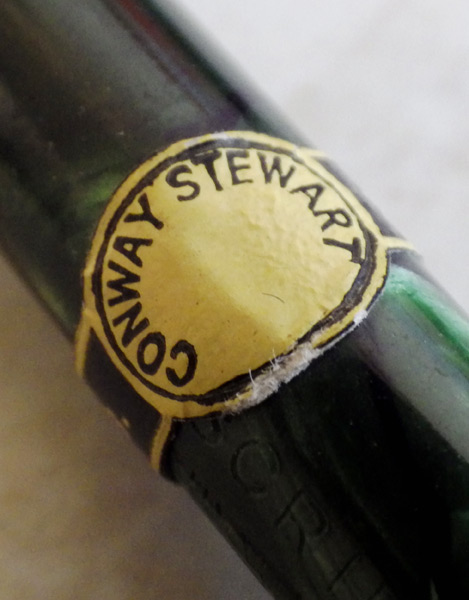 Conway Stewart are perhaps the most collected of British pens.  Some people collect all and any Conway Stewarts.  Others go for clearly defined areas, like the Dandies, the Dinkies or these Scribe 336s.  If I were ever to start collecting again, these would be my choice.  A full set of Scribe 336s in all their bright and colourful glory would be a sight to behold! 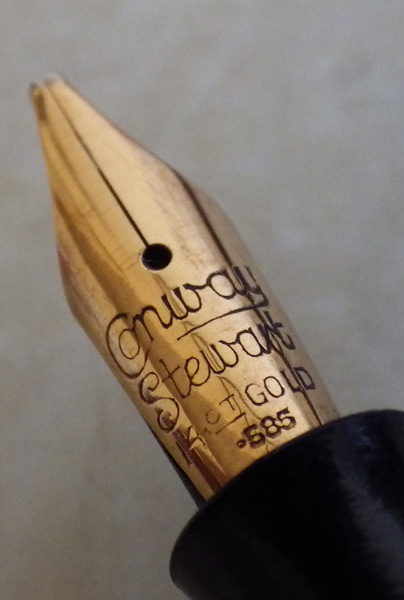