(Excuse B&W photographs.  They had to be taken under lamplight and the horrible colour cast was persistent)

This is a beautiful grey striated Waterman 513 pen and pencil set. This range of pens and pencils went into production in 1948 and it was the first style of pen that Waterman made in its new British plant. The plastic is delightful; it gives the impression of transparency in some lights. It’s a standard-sized pen at 13cm capped.

The pens that have been made for Waterman by Altura in the 30s and 40s were good writing instruments but they lacked flair. Watermans new, distinctive clip in the Art Deco style makes for a very attractive pen. The only thing that lets it down is Waterman’s notoriously poor gold plating. On the other hand, this range of pens is better than its successor of the 50s, the “W” range of pens, which was similar at first glance but did not have a lever box, and seems to have been more cheaply made. That’s the Waterman story, I suppose. If you were to draw a graph of Waterman’s quality, it would describe a pretty steep decline after the late 50s, and this resulted in a fall in sales.

This pen and pencil set, though, was made before the rot set in. It has a quite large no.3 nib. It isn’t flexible but it has a comfortable springiness. The broad cap band is personalised: MP Mulchrone was the proud owner. I hunted him down. The unusual name made my job a little easier. It appears he was a Royal Marine, and may have used this pen to write home from overseas postings. 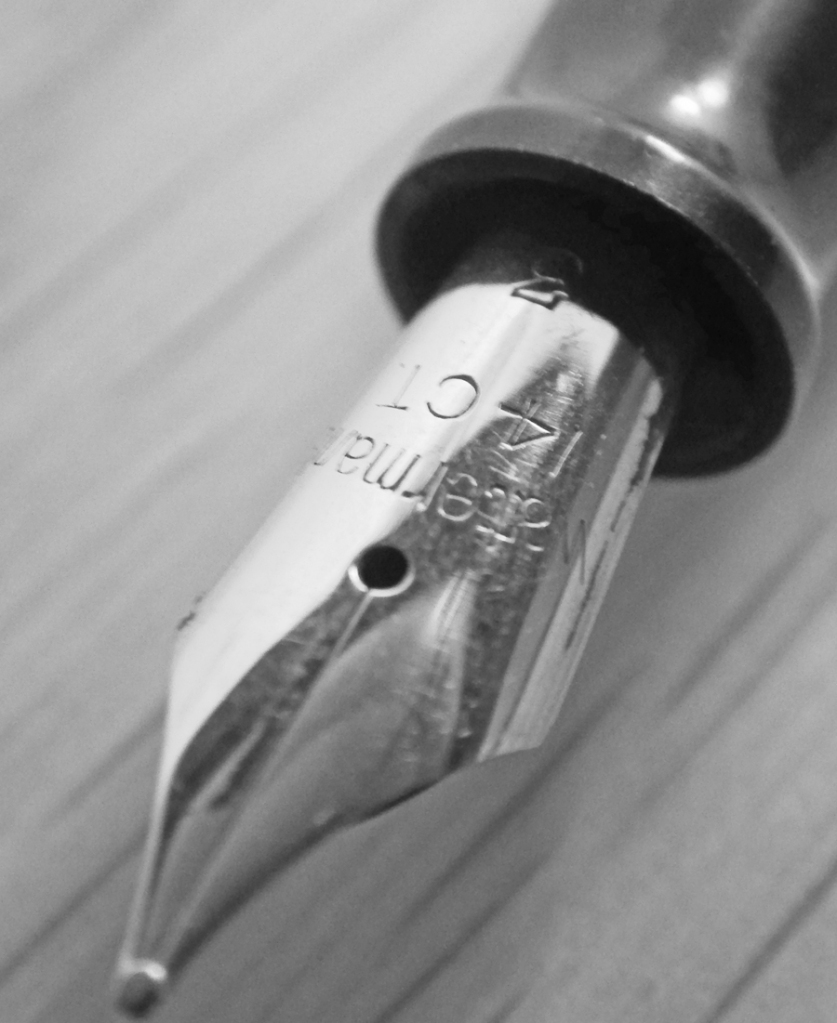 The matching pencil shows less wear on the plating than the pen. That’s often the way. Pencils don’t seem to have had the use that pens did. The pen and pencil are housed in an unusual case. It’s obviously not original but I have kept it because it probably was chosen by the original owner, it being more robust than the Waterman box.