Here’s a pen that deserves more attention than it gets: the Parker Slimfold. It’s a slender pen as the name suggests but it isn’t especially short at 12.6 cm. I’ve heard it said of this pen – and indeed of all the English Duofold series of the 50s and 60s – that it is dull. I think that may be because, as they say, familiarity breeds contempt. These pens are similar in shape to (for instance) the Platinum 3776 or the Sailor 1911 and whatever else may be said about those pens nobody is suggesting that their primary characteristic is dullness!

The Slimfold has a lot of other things going in its favour. It has the usual Parker attention to detail, most obviously in the cap band and clip. The Aerometric filling system is rightly renowned and the nib, though quite small in keeping with the rest of the pen, is superb. 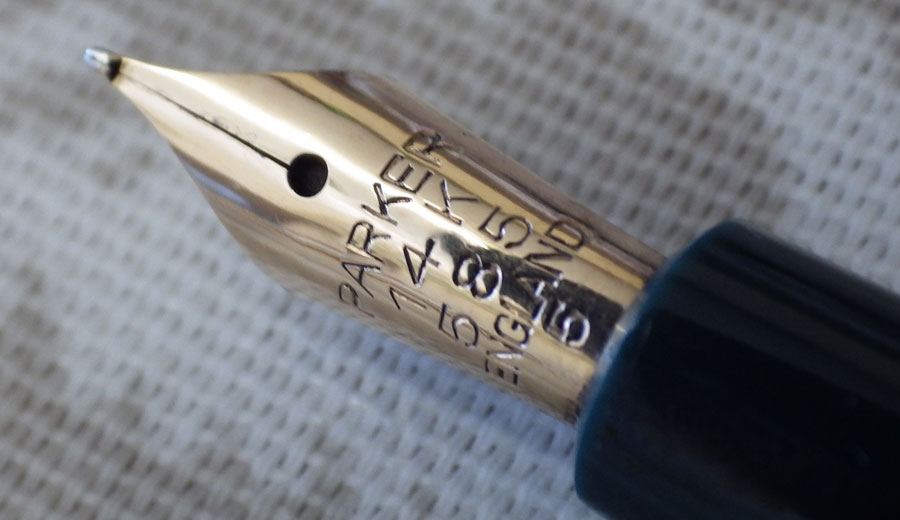 It’s a delight to write with, gliding across the paper with enough feedback to keep it from being slippery. It’s a favourite of mine.

Slimfolds have survived well if they have not been abused. This version was in production from 1962 to 1971 so the youngest it could be is a middle-aged 45. The gold plating remains good throughout, the plastic takes a splendid shine and the barrel imprint is still crisp and clear.

Please excuse the dust in these photographs. I must have been a very bad person in a former life to deserve all the dust that invades my photos. I’ll polish the pen until it’s sparkling, set it down for a second and suddenly it’s matted with dust and cat hair. I am cursed.

4 thoughts on “The Parker Slimfold”