This is a Mabie Todd & Bard sterling silver eyedropper from the early years of the 20th century. The presence of the word “Bard” indicates that it was made before 1907 and it can be narrowed down a little further as we will see.

The pen is no longer quite original as some alterations were made at a later date which make it more practical in use. The original “over-and-under” feed was replaced with a ladder feed and the upper part of the early feed was trimmed, as you can see.

Dr Harnett, Margate, was the owner of the the pen. Perhaps it was a very opulent gift on retirement. I hunted him down and found that in 1901 he was mentioned in the list of gifts given to the happy couple at a wedding in Margate. He gave them a silver butter dish, which I’m sure they treasured. He was the Resident Surgeon at the Royal Sea Bathing Hospital and it is recorded that he died in 1905, so the pen must date to that year or those preceding.

For the rest, I’ll let the pictures speak for themselves. 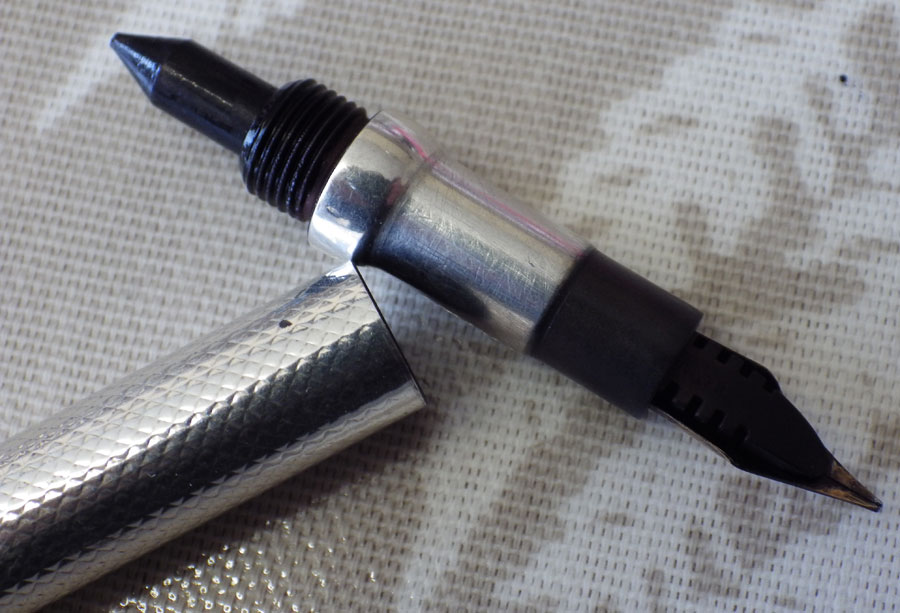