No writing sample with this one – it’s New Old Stock and I won’t be putting any ink in it. It still has its original factory chalk marks. It’s an Eversharp Viscount and it’s quite an interesting pen in its way.

Wahl-Eversharp had a presence in the British market from the nineteen twenties onward. For some reason the Wahl part was never mentioned and the pens were called Eversharps. From around 1940 they produced the popular Kingswood which was their main seller until the mid-fifties, when they withdrew from the fountain pen market. In 1961 they advertised, “Eversharp are making fountain pens again,” and one of the new pens was the Viscount.

It’s an average sized pen at 13.5 cm. The cap is of the press-on type and it closes against a raised ridge on the barrel. It works well. The gold plated clip which contrasts with the stainless steel cap is a nice touch. The long, slender section and the quite narrow nib are very much in the fashion of the time. To fill the pen, one unscrews the barrel to expose a black plastic squeeze filler – a unique component in my experience.

These pens, along with the Viking and Vanguard, remained in production until 1964 but they were not a success. That, I suppose, partly accounts for their rarity today but I suspect that the plastic filler didn’t help either as it doesn’t appear to me to be particularly robust. 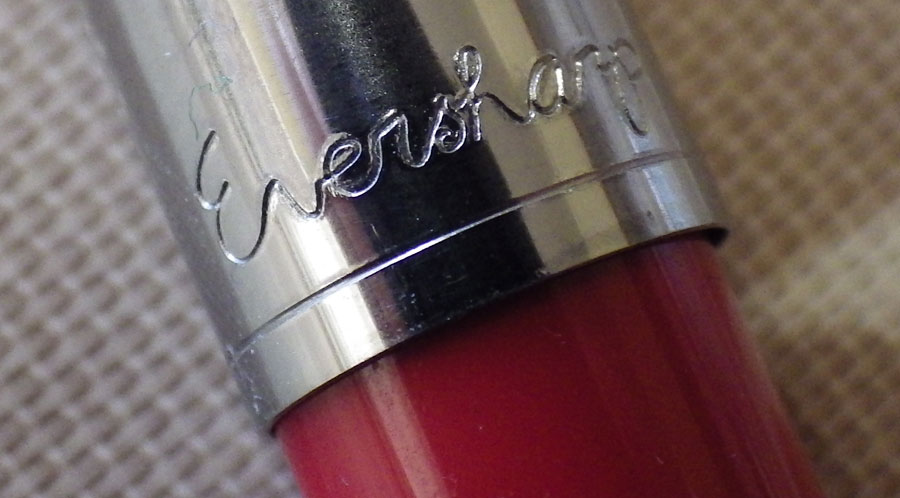 This is one of those pens that is interesting – and to a degree valuable – because it doesn’t appear very often and is a milestone in pen development, or rather, in this case, the end of development because there were no Eversharp fountain pens after this one. That’s not to say that the quality isn’t good – it seems to me to be at least adequate though as I’ve said I have my doubts about the filler.

For anyone who has an interest in Eversharp’s involvement in the British pen market this one is a must.

With thanks to Stephen Hull: The English Fountain Pen Industry 1875 – 1975