I love these big sixes!  They don’t turn up as often as they used to and when they do they’re quite expensive now.  They’re worth every penny though.

This one isn’t quite as immaculate as it looks in these pictures.  The black hard rubber section is faded and the high points of the clip have lost some of their plating.  Still, that’s not bad for 60-odd years.  This splendid nib is still glorious and the plastic buffed up well. 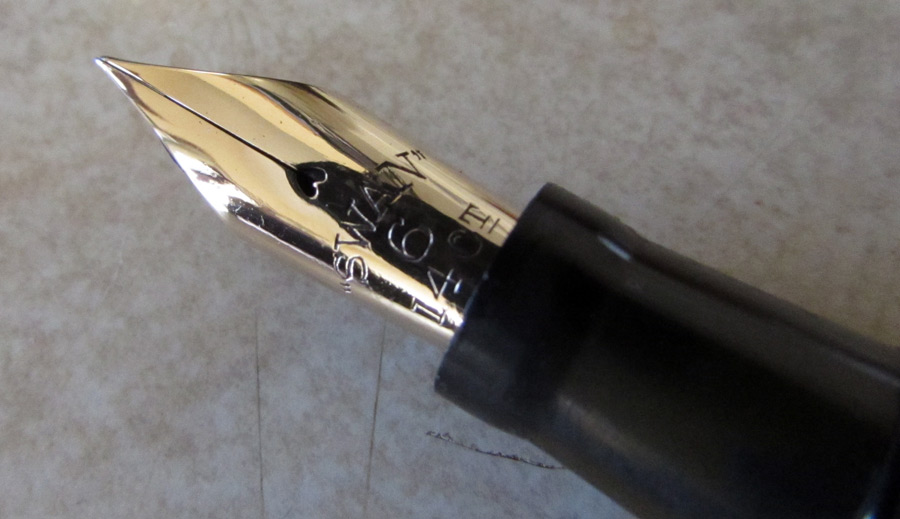 This was not a pen for the average person unless they were a real enthusiast.  It was the doctor’s pen or the lawyer’s, or maybe even the bank manager’s, though back in those days they tended to be paid in the hundreds rather than today’s millions!

A pen like this really does put us in touch with its past.  There were never all that many of them and they were bought with a purpose other than just writing.  This was a pen that was intended to make their owner feel good about him or herself and it was intended to impress those with whom he had dealings.  I’m sure it did.  All these years later it still impresses me!