This beautiful sterling silver Swan is not just a joy to behold; it’s historic.

To set the scene, Sheaffer did its best to cut other companies out of the self filler market. Their patent was quite conclusive and they had an array of sharp-toothed lawyers waiting to pounce on anyone who infringed it.

In response, Waterman came up with the box lever. Conklin produced the Crescent filler. Parker went for the button filler and Swan patented the split lever filler.

Swan’s self filler appears to have been developed by Felix Reisenberg, a freelance inventor. The application was filed in 1918. Though it is a little complicated the split lever presses down on the pressure bar in such a way as to deflate the sac completely. It is therefore more efficient than the J-bars used by Mabie Todd at a later date.

The fact that this is a decidedly uncommon pen indicates that the split lever Swan was not around for long. Looking at it, I would think it might have been expensive to make. It was replaced by Swan’s long lever which was just as efficient and perhaps more satisfying in use. 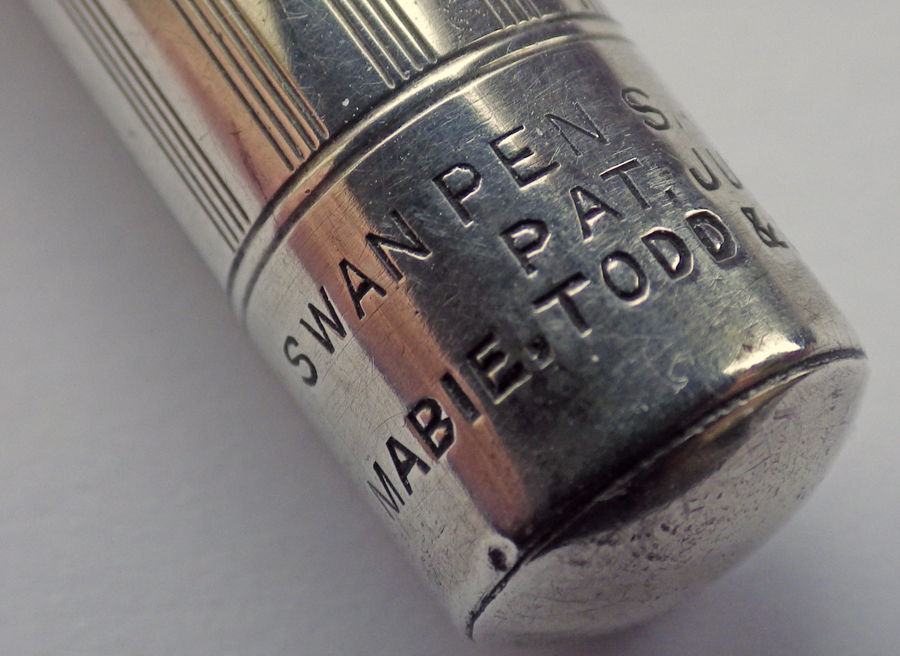 We are left with an elegant, slender, patterned relic of that time of great ingenuity and inventiveness. All of these early filling systems worked well. All were carefully crafted to avoid Sheaffer’s patent while providing the fountain pen user with a good, easy method of pen filling.

Many thanks once again to Paul L for entrusting me with his beautiful, rare and valuable pen.