As I’m sure I’ve mentioned before, I’ve been doing this for a long time. Sometimes I wonder why I do it. The hours are long; being your own boss means you serve a hard task master. It’s not the money – if I got a job flipping burgers that would be a major wage rise. The close-work is ruining my eyesight; there’s a ridge on my brow where the OptiVisor sits and I have x20 loupes all over the house. I get a bit of a buzz from the shellac but that’s about it.

And then I remember why. When a pen as glorious as this Swan SF2 turns up I remember why I wouldn’t dream of doing anything else. To be given the opportunity to resuscitate a fine instrument like this is a great privilege indeed.

Because it’s such a fine pen I’ve written about the SF2 on several previous occasions. The little search box at the top right will take you to what I’ve said before. I won’t have any more to say about the model, just about this individual pen.

It was awarded to F V Stephen at HM Dockyard, Rosyth in 1924. Sadly, I can’t track down FV Stephen. I can’t even tell whether he was a civilian or a naval officer or rating. In that no rank is given it seems likely that he was one of the many civilians working there in all capacities. HM Dockyard Rosyth was built during the arms race preceding the First World War and serviced surface ships and submarines up to the present day.

It’s likely that this was a retirement present if for no other reason than because it has seen little use. This is a very old pen and yet the engine-cut patterning is still crisp and the colour is good. It’s an expensive gift, so F V Stephen was a highly appreciated employee, probably in a quite senior position. 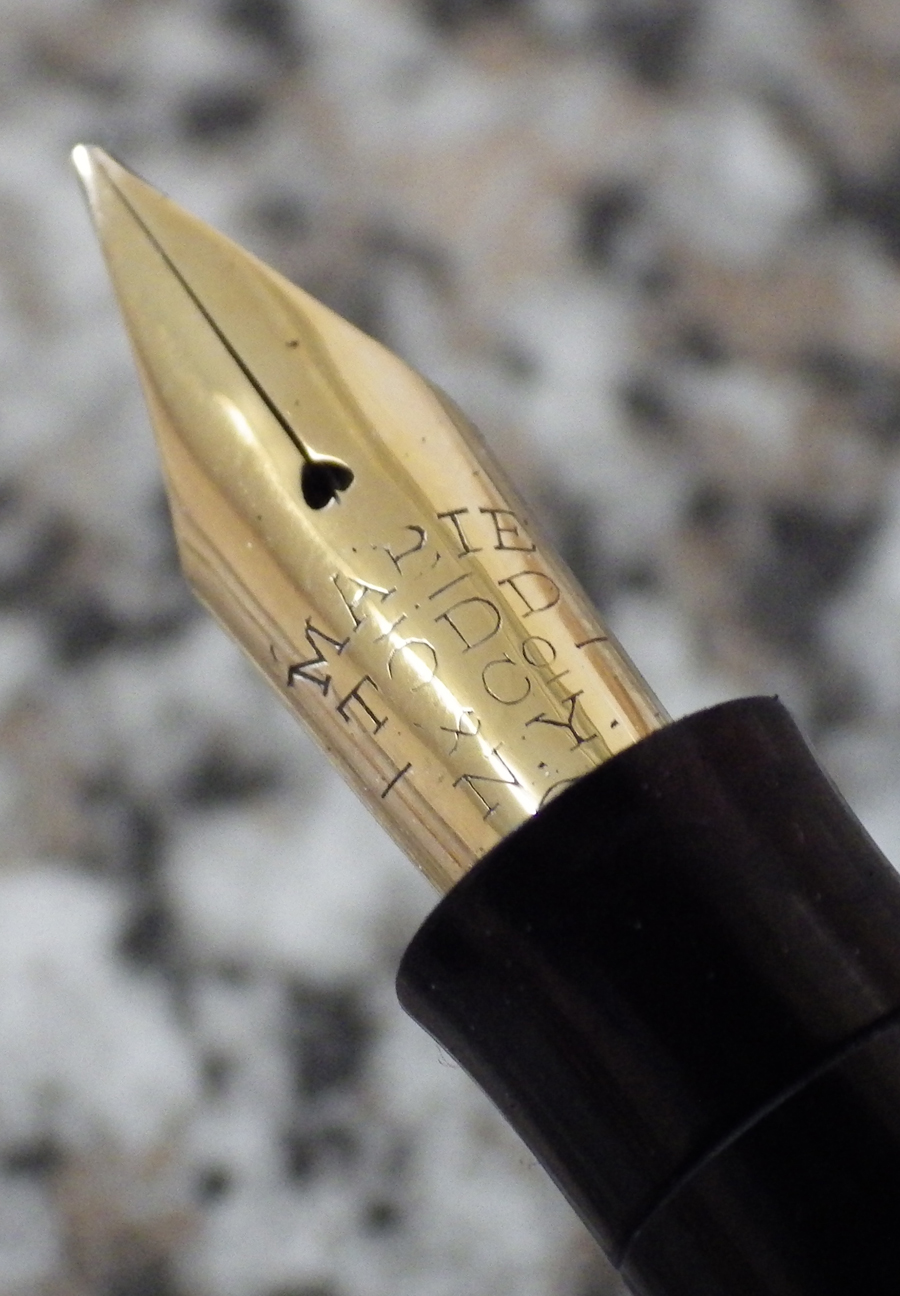 Of course, a pen is designed not only to look good but to write well. This one with its fine New York nib writes splendidly.

Truth be told, I could win the lottery tomorrow (or I could if I bought the tickets) and it would make no difference. I would still fix old pens.

4 thoughts on “A Special Swan SF2”