I’ve been looking at Indian pens recently and many of them seem to be good buys. It pays to do some research before plunging into the market as not all of the pens are well regarded. I settled on this Asa Daily. It’s in light brown and green mottled hard rubber. It’s a very large pen at a whopping 15.8 cm capped. The filling system is described as three-in-one: in other words it’s a cartridge/converter which can be used as an eyedropper filler, and indeed, it comes with a little eyedropper.

The clip is large and firm. There is a barrel imprint which states “Asa Daily, India 2015” and appears to have been applied with a centre-punch. Both the cap and the section have long screws. It’s understandable for the section as the pen can be used as an eyedropper filler, but it takes 4 1/2 turns to fasten the cap. The converter is a standard type and works well. I had asked for a fine but unfortunately I was supplied with a medium Schmidt nib. That’s not as bad as it might be because in use the nib is somewhere between fine and medium.

I love the feel of the hard rubber, smooth and warm to the touch. As it is so large, I can only write with the pen unposted which is not the way I normally use a pen, but at 17 cm posted it’s much too big for me. The Schmidt nib is lovely, smooth but with a faint feedback. 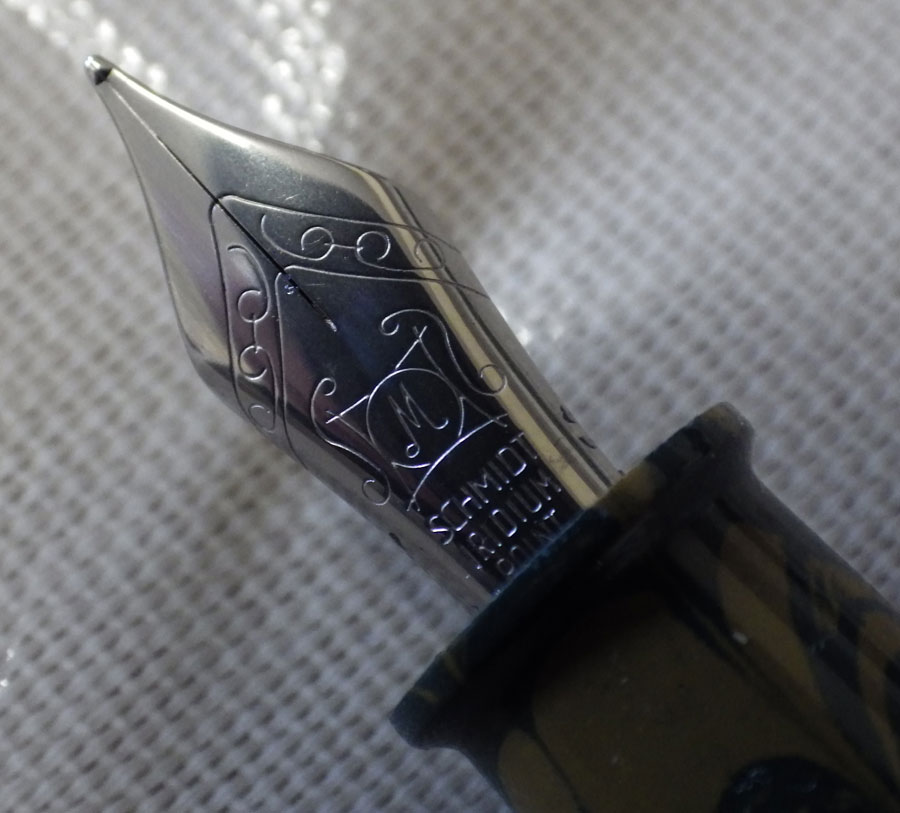 Though this pen has its problems: the long cap-thread is annoying and the pen is very big, that’s outweighed by its good points: the beautiful hard rubber and the excellent nib. If I could find a pen like this that was 2 cm shorter I would be happy. The search goes on.