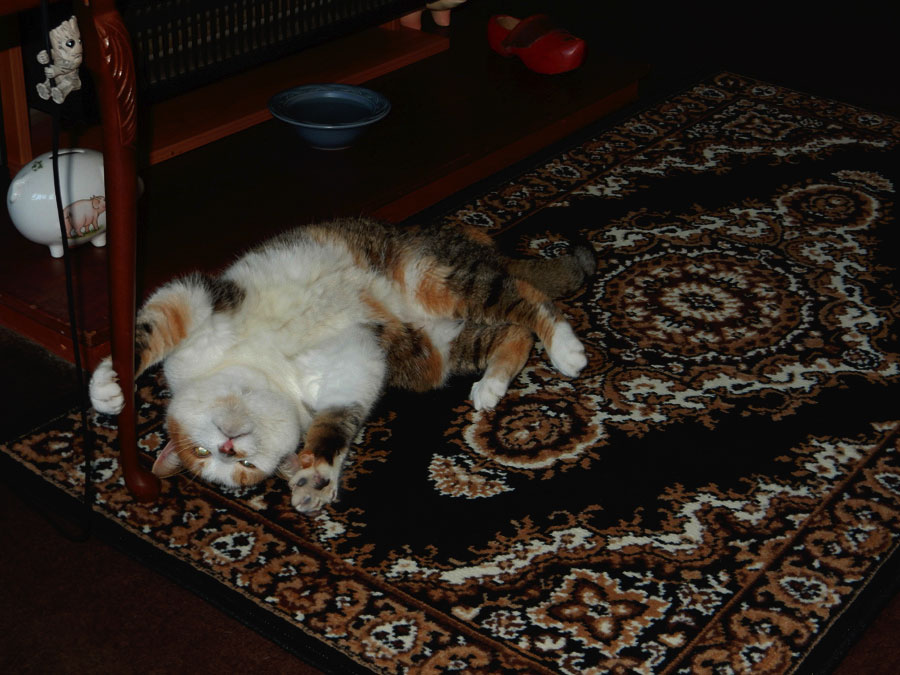 The good news is that my assistant seems to be responding well to her insulin injections and change of diet. Here she is after being introduced to a catnip-laced toy. She’s saying, “Man, that’s good weed!” Anyway, to business:

I’m aware of three brands of fountain pen called “Union”. There is a British one made by Langs, an American pen that is a sub-brand of Morrisons and a Dutch company that made pens after World War II. This, I believe, is the latter, purely on the grounds that it is very European in appearance and I’m not aware of any American or British companies that used this “fixed converter” type of filler. 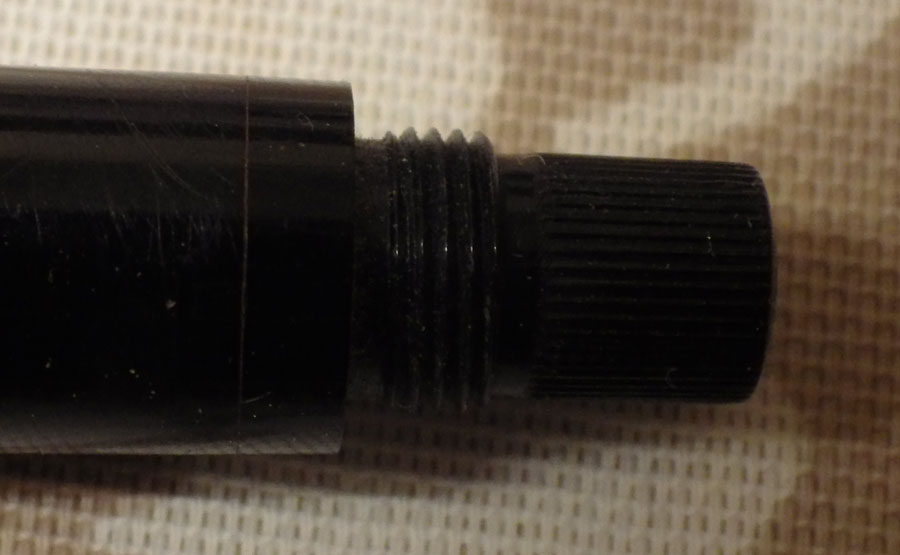 It appears to have been made out of a fairly soft kind of plastic because both barrel and cap have shallow scuffs and scratches. The viewing window is discoloured, probably from the use of red ink. All of this is redeemed by the nib which is quite splendid – a fine with a little line variation.

These pens are not very common – in Britain at least – but they would hardly qualify as rare. Much of their interest arises from the fact that they were one of the few pens that were made entirely in Holland rather than from imported parts. Just one of the many well-made European pens that are well worthy of note.