The Waterman Concorde was in production from, so far as I can establish, 1971 to 1978.  It’s a faceted pen with six sides to the barrel and a more complicated arrangement of two curves joined by two facets on the cap.  The angled cap top with the inset clip is very much of its time, and is a feature that is seen in some other pens.  The snap-on cap is removed to reveal a very handsome wraparound 18 carat nib.  It is filled with a squeeze converter. 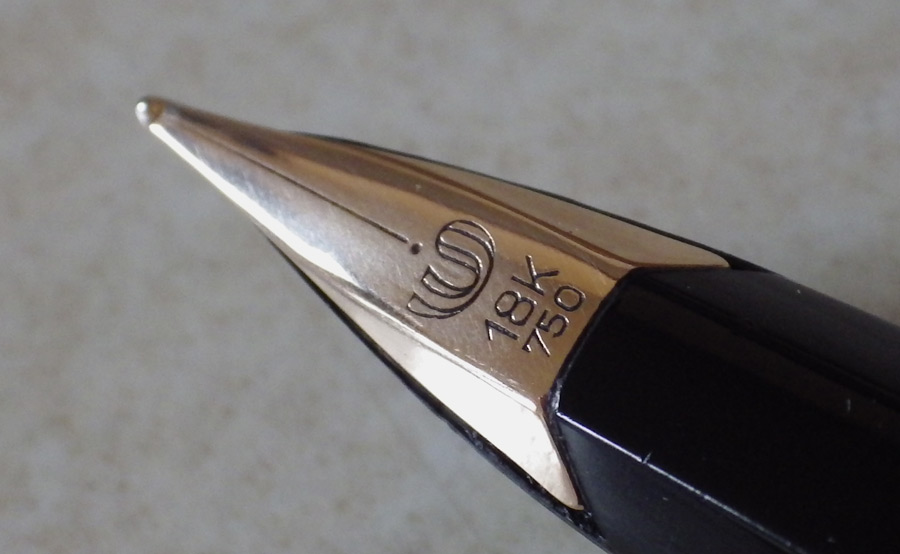 It’s an elegant pen with its complex geometry, good quality gold plating and beautifully designed angular nib.  The details are nice: a goldplated ring at the barrel end and thin and medium rings on the cap.

I’ve seen it variously spelled as Concorde and Concord.  As it appears in Waterman advertising with the “e” and as it was made in France and that’s how they would spell it, I’m assuming that’s the correct spelling.  It isn’t a pen that you hear much about but it is obviously a quality product and very pleasant to write with too.  Perhaps it falls into that dead zone between vintage and modern.  It looks very modern to me.  Unlike most modern pens, however, it’s very light in the hand.  They didn’t use brass piping to make pens back then.