There’s a lot of people around who don’t see very well.  And I’m one of them.  The seller of this pen advertised it as a Parker Vac and I accepted it as such.  It was only when I got it home that I realised it was something more interesting and unusual.

Clearly Platinum admired and emulated Parker in those post-war days.  It’s pretty shameless, really, with an arrow clip that is very like the Parker one and a nib bearing an arrow design like the original.  That’s where the resemblance stops, though. 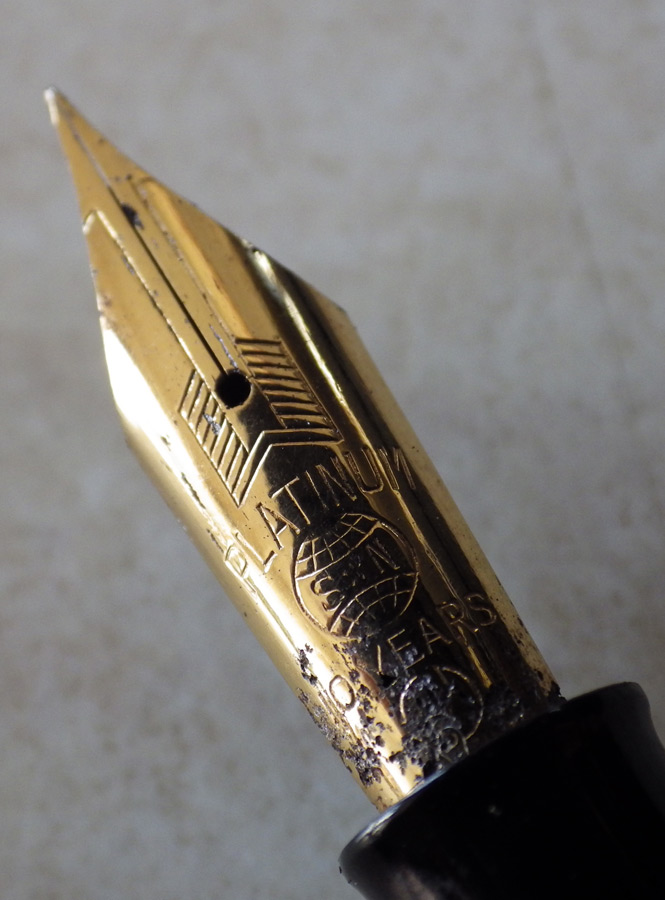 I sent it away for repair because it was a bit beyond me.  When I got it back and opened up the blind cap I found a long shaft like a plunger filler.  In fact I would have sworn that it was a plunger filler but Eric Wilson who did the restoration assures me that there’s a sac in there and in reality it’s a form of button filler.

I set about researching this pen but beyond the fact that it is distinctly rare I was not able to find out much.  I don’t know whether it’s an RK 14 as engraved on the cap band or an R14 as engraved on the clip.  Apparently it’s a Platinum 10-Year pen or rather more precisely the nib is warranted for 10 years.  It’s gold-plated steel nib and if you ever had any doubt about the flexibility of steel nibs this should answer them.  It’s only semi-flexible but it’s also exceedingly soft.  Despite being very fine it glides across the paper and is a delight to use. 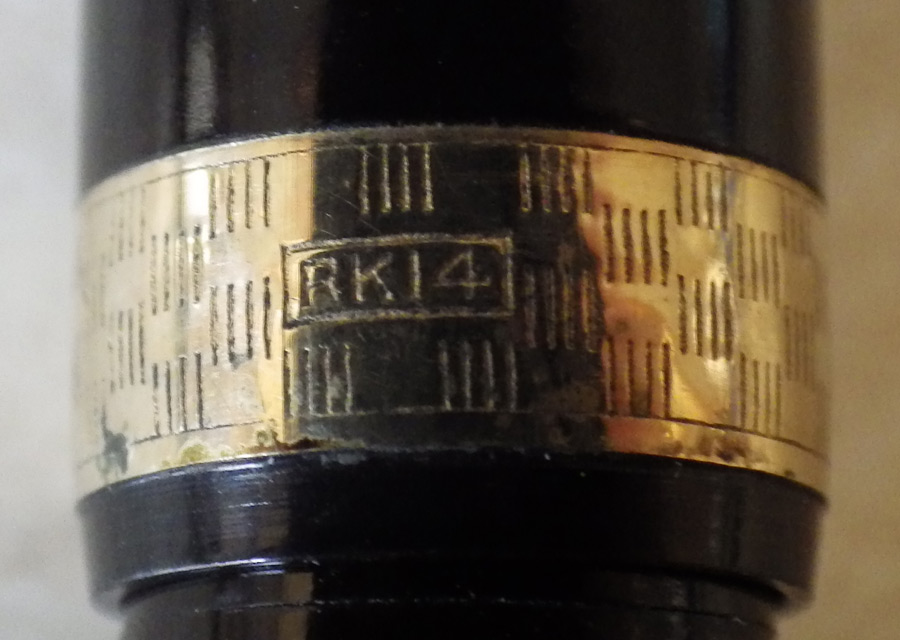 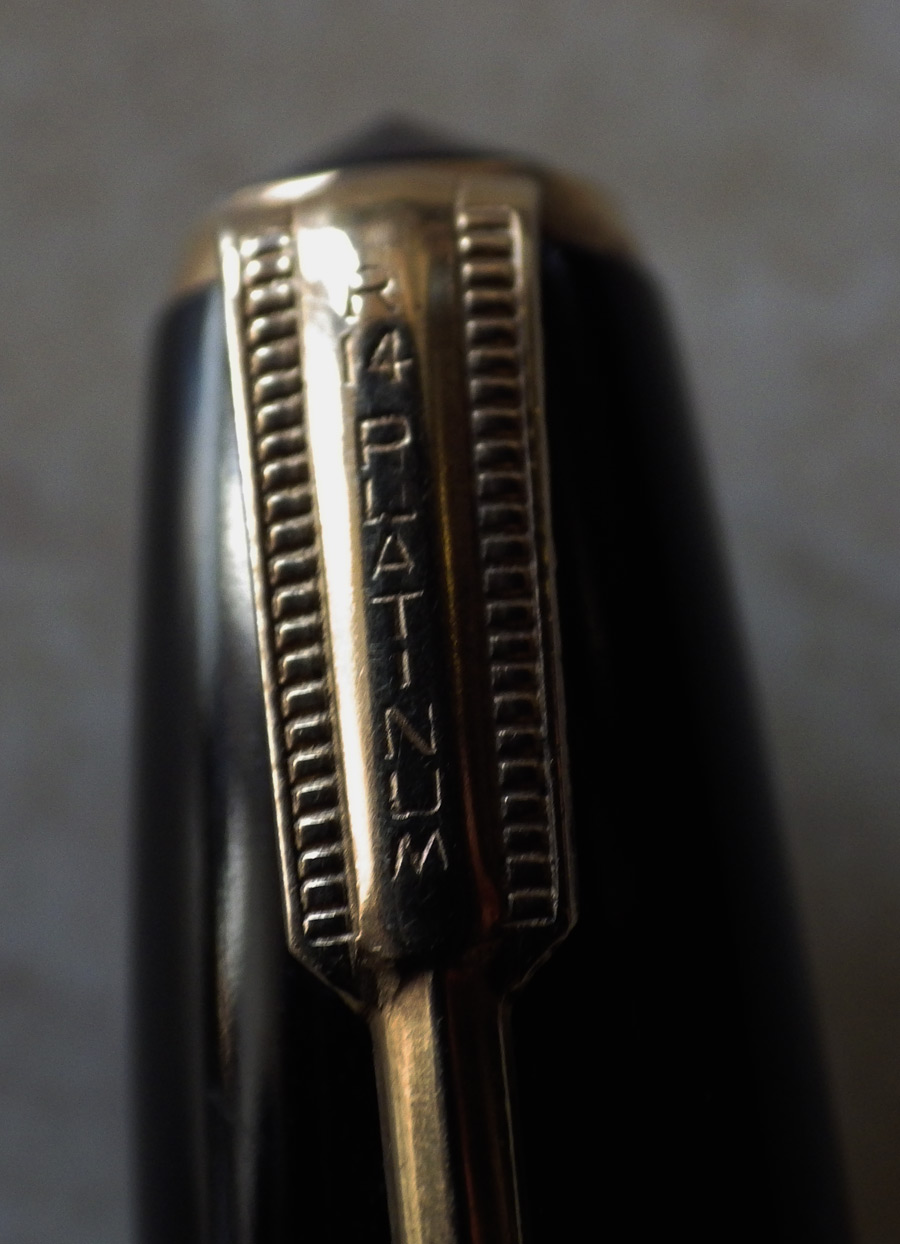 Anyway, as well as having a unique filling system and being very rare it’s a nice pen to write with and that’s what pens were made to do.