Here’s a rather gorgeous Onoto Lever Pen.  These were made post-war, from about 1948 on and this pattern is known as Silver and Black.  I’m not quite sure why Onotos began to be produced with levers.  They might have been cheaper to produce than the plunger fillers but in any case, being De La Rue, they did it with style.  I’ve seen several Onoto lever fill designs, and this one has a lever box like a Waterman and internally it has a floating pressure bar like Waterman or Conway Stewart.  That’s a much more efficient system than the cheaper J-bar as it depresses in a plane parallel to the sac.

For some time there had been De La Rue pens of a similar design.  The best of these De La Rue pens are not far short of equal in quality to these Onoto lever fillers.  I’m not sure why they produced the two ranges of pens but they did and the Onotos are more popular and fetch a higher price than the De La Rues. 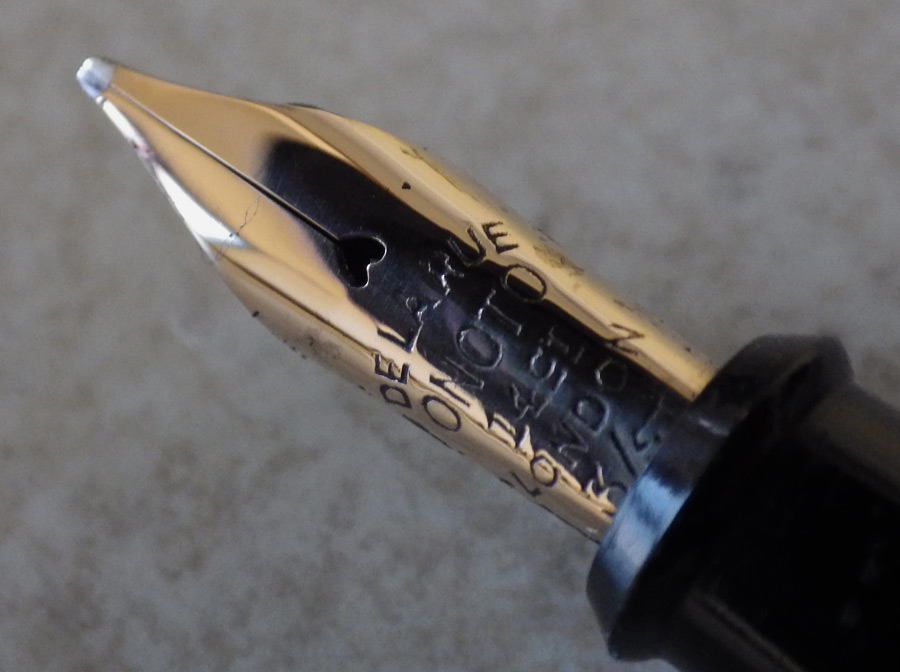 This is a good sized pen at 13.7 cm.  It has the 3ST nib, which is always a pleasure to use.  It’s medium and semiflexible.