Dickinson Croxley had a short life (1947 – 1949) but, judging by the number of their pens out there, a very successful one.  I’ve heard it said that because of their outdated styling and the absence of an alternative filling system (Croxleys are generally lever fillers) there was no future for the brand and Dickinson wound it up.

This has never struck me as being a satisfactory explanation of the demise of the company.  After all, Conway Stewart got another couple of decades out of the lever filling system.  Moreover, in 1948 Croxley made a streamlined pen that broke away from the admittedly staid line of their previous production.

As if that wasn’t enough, here’s a Croxley button-filler with a metal cap, in a very modern style for 1948.  It seems that Croxley’s designers had a good look at what was happening in the rest of the market before they came out with this pen.  The clip’s fitting is similar to what Conway Stewart were doing, but simpler and better.  The shallow-cowled washer clip is held by a plastic stud that has a slot for a normal screwdriver on the inside end. No aluminium nut or spanning screwdriver! 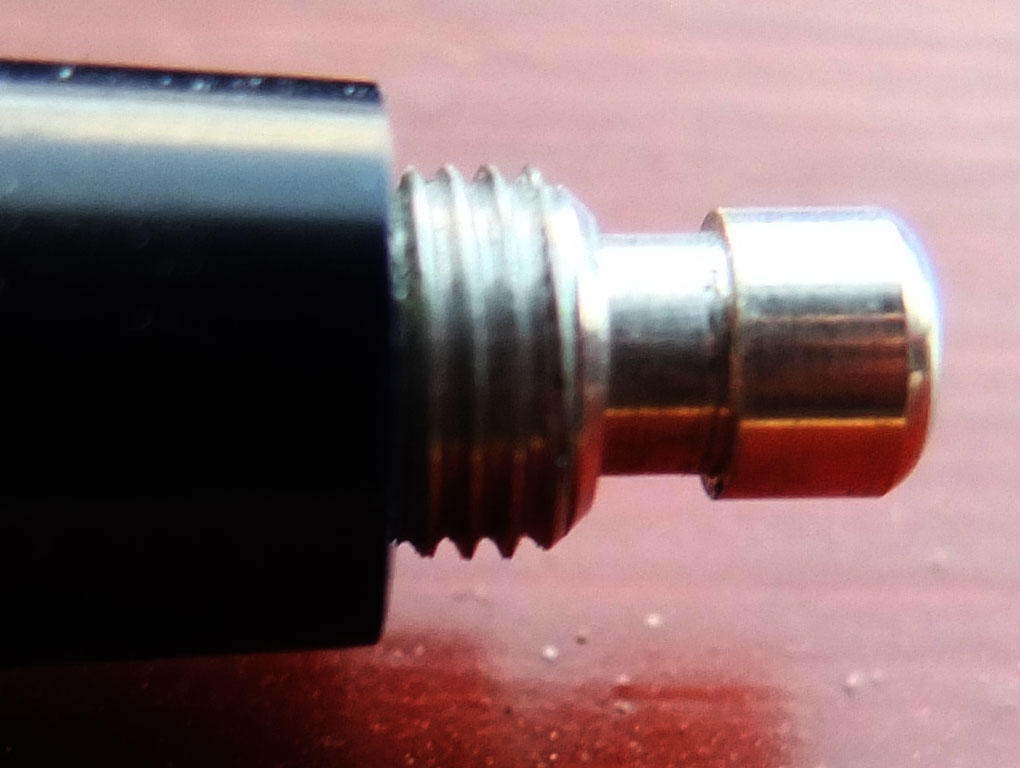 The beautifully machined button and its housing bear a debt of gratitude to the Parker Duofold AF which was introduced in the same year.  The pen caps with a Parker-like clutch.  Taken all in all, this remarkable pen is evidence that whatever other reason there was for Dickinson to bring an end to the Croxley range of pens, lack of new ideas wasn’t the cause.

The one failing that mars this otherwise pristine pen are plier marks on the section, evidence of the drooling cretin at work once more.  Thankfully they are shallow and relatively unobtrusive, as I am prevented from minimising them further by the ribbing on the section.

This example was produced, probably as a giveaway for members, for the Manchester Unity Of Odd Fellows.  You will know, of course, that the Odd Fellows were a benevolent society whose origins are lost in the depths of time, and also that the Manchester Unity broke away from the parent body in 1810 to become a most effective and innovative Friendly Society, providing such benefits for its members as health care provision in pre-National Health Service times.  I think they’re still around but they’re not getting their pen back!