A couple of points of interest today: first is this beautiful American stylo stamped “The Veteran”. The hard rubber is coal-black and shining, the engine-turned pattern is sharp enough to cut you and the gold plating on the barrel bands is pristine. Both in general shape and in detail this instrument appears to be old. The rope-work before the front band speaks of the late nineteenth century to me – at least that’s how I would date it on a fountain pen. It’s a real gem and I would appreciate any comments or advice on this little mystery. 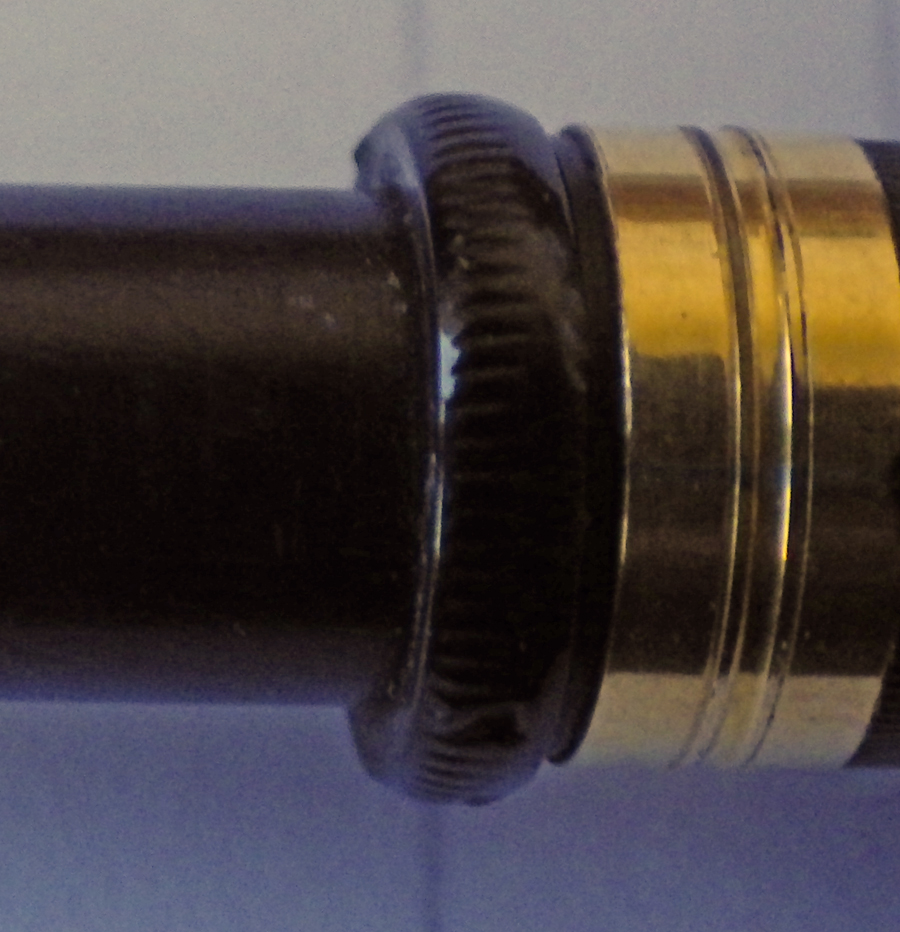 Esterbrooks are not uncommon here in Britain but it’s usually the J-types one sees. This pen, the M2, broke with tradition in a variety of ways. Made after 1950 the M2 was created from a softer plastic than the utterly impervious J-type. Thus many have lost the information imprinted on the barrel but this one has not. It was made in Canada; I have seen English-made ones too. The Parker 51 was a major contributor to the popularity of the metal cap. This pen’s cap is very handsome with its machined finish and indented top. The smooth band at the base of the cap is a reminder of the actual cap rings of the past. Someone has compared the indent in the cap to that of a gentleman’s hat and that’s accurate. It is a style that has remained unique to this pen.

Mixing metal and plastic threaded closures has not proved to be a good idea. Swan, with their plastic caps and brass barrel threads reverted to all-around plastic, possibly because of cost but almost certainly because of damage to the cap also. This reverse arrangement has not worked out well either. Some M2s no longer close well though this one does.

In another change Esterbrook has gone for the squeeze-filler. It’s well made and very similar to Parker’s Aerometric. It appears to be equally successful though the sac is not as durable and needs replaced from time to time.

The one place where tradition won was in the choice of the Renew screw-in nib. This one is a 2556 – a firm fine. Plastic threads and soft plastic ensure that this pen is not quite the equal of the admirable J, but it’s an excellent pen nonetheless. It’s less often seen than its predecessor not because of any great inferiority but because the times were against it. It was not only competing against other fountain pens but against the ballpoint.

My thanks to Paul S for both of these writing instruments.